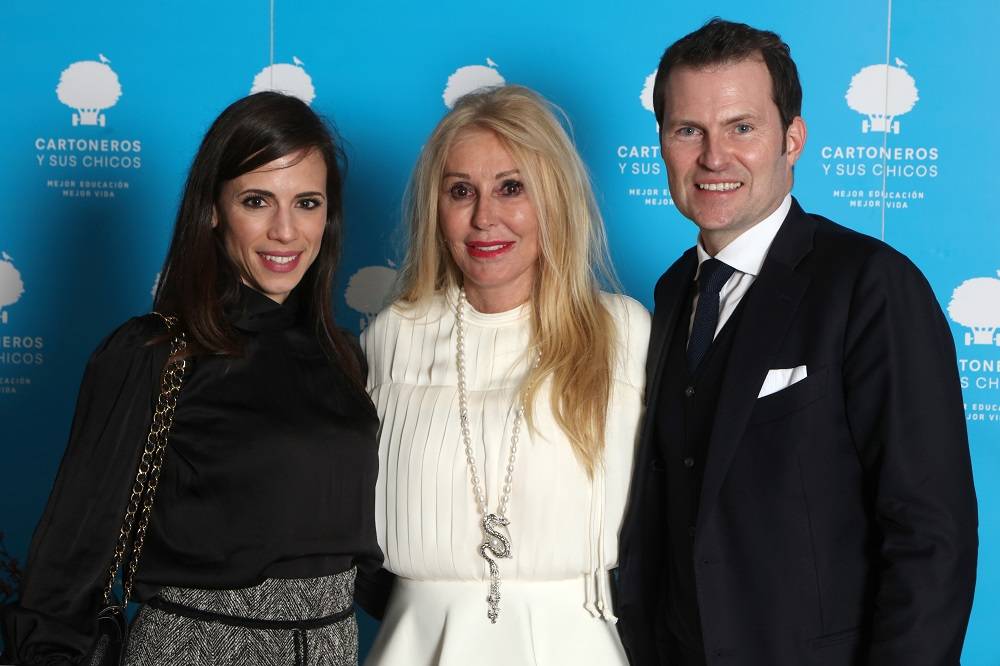 It was a very special night at the Aura Zurich, where about 250 guests, including many friends and industry, business, sports and entertainment personalities gathered to support this cause.

On February 28 th , the new Cartoneros y sus Chicos school was opened in the district of Pilar, in the Province of Buenos Aires, an event which was honoured by the presence of the Argentine Ambassador to Switzerland, Mr. Luis Maria Kreckler.

In her welcome speech, Mrs. Renata Jacobs thanked all the attendants. Special gratitude was expressed for the multiple Oscar winning film director Arthur Cohn, who travelled especially from Los Angeles to attend the event.

This year, the event focused on the auction of wooden dolls painted and decorated by our children, works by Daniel Genovesi and Henriette Albin, luxurious hotel stays, exquisite culinary experiences, T-shirts autographed by players of the local soccer team, FC Zurich, and by the Swiss, Liverpool FC player Xerdan Shaqiri, and tickets to see matches from both clubs’ VIP grandstands.

Guests engaged in lively bidding and a considerable amount was raised for the project. Thank you very much!

Thanks to the intense work of multiple actors and thanks to the funds provided by donors from Switzerland, our dream of opening a new little school for the children of the cartoneros came true.

The space has 3 rooms / classrooms, a multipurpose room, boys and girls bathrooms and 2 bathrooms for people with disabilities. It also has a dining room and a large kitchen to provide high quality breakfasts and snacks for the children.

All classrooms have hot / cold air conditioners so that the children can study with the best comforts.

We are very grateful and excited for this great step by the Foundation!